Nathan studied massage therapy at Santa Monica School of Massage and certified there. He studied Acrobatic massage or Acrossage with Benjamin Marantz and his students. 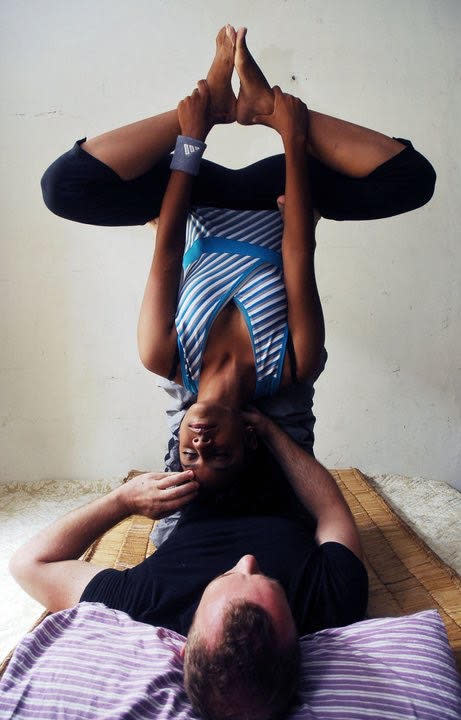 He has 25 years of massage practice behind him. He also studied the yoga sutras and hatha yoga extensively under TKV Desikachar in India. He knows Swedish massage, Sport's massage, Deep Tissue and uses yoga therapy also in his work. 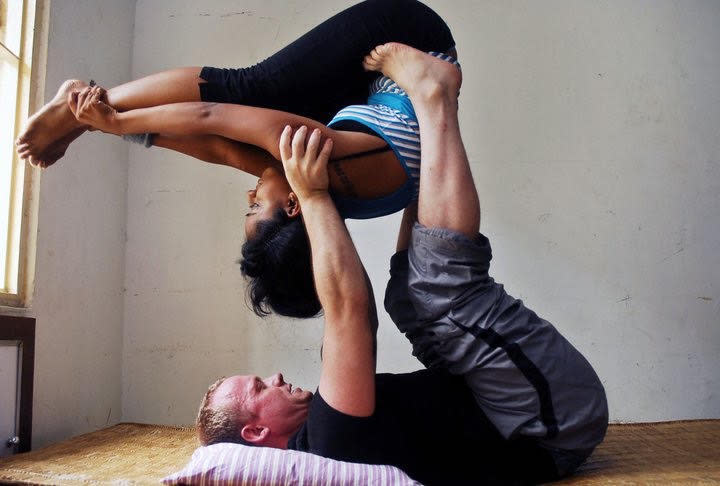 To book an appointment with Nathan you can do it online with your debit or credit card. He can be found on square at nathan@nathandanielcurry.com 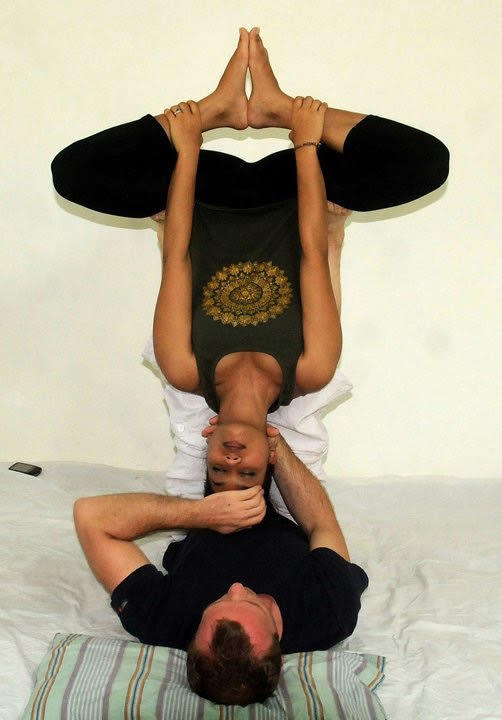 Yoga means "union." There are many schools of yoga. Hatha yoga which relates to the larger story of Ashtanga yoga, not the style, but the 8 fold path of Patanjali, and the greater connection with the his yoga sutras.

Essentially there are 4 main yogas and each is prescribed depending on the inner disposition: Jnana Yoga

Jnana yoga is the focus on what is the Self - through inner discrimination. It is the fastest path to liberation and is suited to those who are introverted and intelligent. One cannot be a Jnani without total devotion within - Bhakti is the Sanskrit word for devotion. Jnana yoga involves questioning "Who am I?" In deep sleep, a snake wandering over the body will not disturb the body. We are not the body. The mind can become very quiet. That is the focus of jnana yoga - to discern what is consciousness and where it is sourced.

Raja Yoga is the process of focusing the mind through meditation. Ashtanga yoga of Patanjali is suited to this exploration. It is a gradual path and embraces asanas and breathing to calm the mind.

Hatha yoga is purely the physical yoga and the mastery of the mind over the body. This is not really actually a path to liberation. It is more about keeping the body healthy.

Bhakti yoga is like Christianity or any devotional religion. One is devoted to a great saint or teacher and one is drawn to emulate and learn from him. Because this learning is second hand and based on something outside it does not involve the discrimination of Jnana yoga and is a slower path.

Nathan studied Raja yoga with Mr TKV Desikachar in Chennai India over an 8 year period, when, on most Saturday morning's he would attend Mr Desikachar's free 50 minute lectures on the sutras. He went through all 4 chapters and 195 sutras during that period. He also studied the great internal books of Indian - the guides to the world and the path out of it to the inner world: the Bhagavad Gita and the Ramayana. He also studied the Course in Miracles with Tara Singh who infused many stories of Indian saints in his teachings.

These were good foundations to look into what the mind is; what is its purpose, what it mirrors when brought to attention and what lies beyond it.

His main interest is the jnana yoga of Ramana Maharshi.

The body of knowledge that encompasses yoga is vast and rich. It's primary focus is to bring one to Knowledge of what it eternal (with a capital K).

In a sense, in a very deep sense, jnana yoga can be summed up by this story: A great scholar named Kavyakantha came to a great saint Ramana near a cave in 1903. The scholar was exasperated. He knew yoga and philosophy, but as is often the way with greatness, he could not understand the most basic concept. He knew a lot of knowledge about things but he didn't know what tapas was.

In the fourth chapter of the yoga sutras it says that each step we make takes us closer to enlightenment or further away.

When the practice takes us closer that might be called tapas.

But that still doesn't explain what it is. It just explains what happens because of it.

The saint gave two replies: If one attentively observes that from where what says ‘I, I’ goes out, there the mind will be dissolved; that alone is tapas.

If one does japa/devotional repetition of a mantra, if one attentively observes from where that mantra-sound goes out, there the mind is dissolved; that itself is tapas. 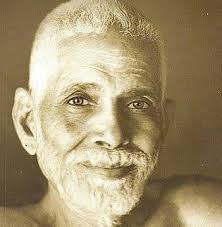 What he is saying is that the dissolution of the ego is what effective practice yields. The realization of self - which is the nuts and bolts of yoga.

Ramana also said that silence is the transmission medium of the divine. That is yoga. That is what yoga is really about - connecting to the bedrock of happiness that is innate.

Nathan focuses on these three things:

- combining the breath wisely in postures to suit the student

- Carl Jung described the sage Ramana as the whitest spot in India. Indian philosophy is fairly deep and complex and its mythology is very rich. Ramana effortlessly reduced it to one question....three words.:"Who am I?" The mythological ground of human experience is very varied - but we are all devotees, whether of atheism or buddha or whatever occupies the mind until it is ready to dissolve.

In the yoga tradition there are 5 subtle sheaths that make up human experience and the deepest is the blissful state. You cannot teach Ramana's question. It teaches itself. But you can perhaps introduce someone to the sense of the landscape. Yoga is about focus and intent but it is, ultimately, about the joining with an inner bliss that is at the bedrock of our identity, and clouded over by ignorance.